Mayor Pete’s Invisible Black Police by Michael Harriot on The Root, shared by Andrew Couts to Gizmodo
Thursday January 9th, 2020 at 9:47 AM

Given the choice of superpowers, would you rather have the ability to fly or the power of invisibility? 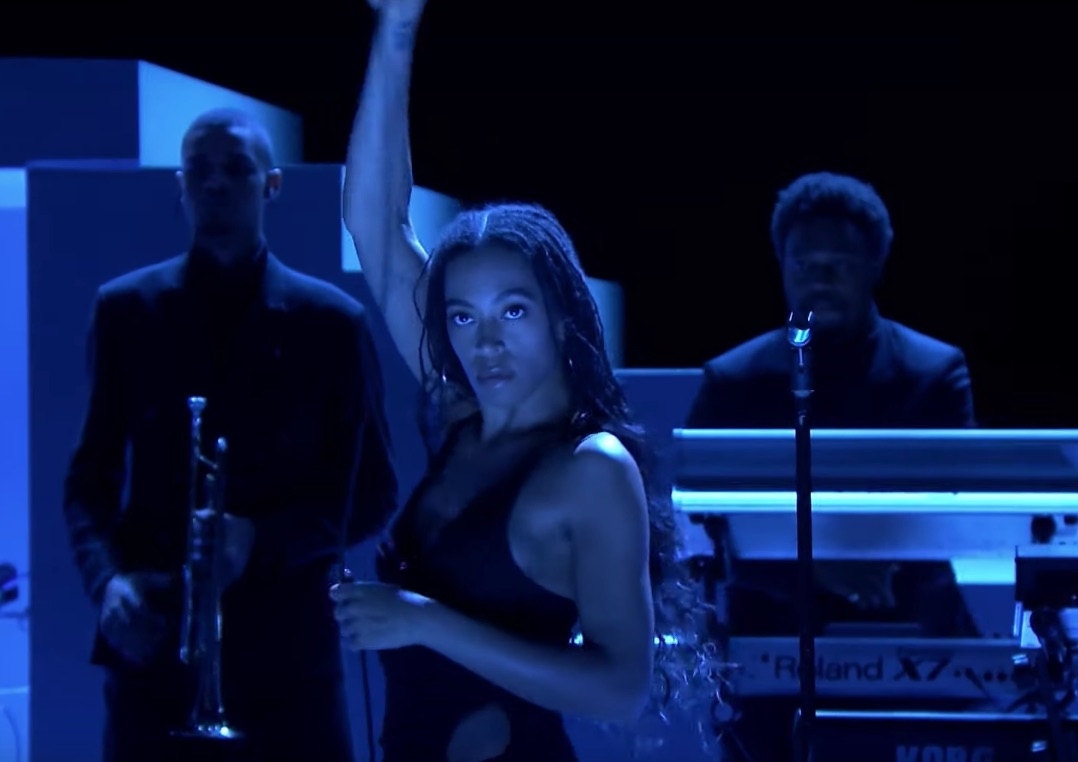 If you've ever seen Solange live, you know that her performances -- in theaters, at festivals, wherever -- are intricately staged, tremendously moving spectacles. She knows how to make these things special. Solange is a great singer, and she's got great songs, but there are a lot of great singers with great songs. Solange turns … More »

Complaints filed with the city against developers of a Broadway apartment building illustrate a growing tension for Capitol Hill renters, landlords, and tenants across Seattle over new “smart lock” and home automation technology.

Patent 523 tenants say in June Essex Property Trust  informed them by email that a SmartRent system was to be implemented at the Broadway apartment complex.

SmartRent is a home automation company that develops software and hardware for home owners, property managers and renters.. The application system acts as a control on smart home functions from a centralized application, including but not limited to heating, rent payment, and key code entry to a house or apartment.

Tenants who want a year long lease renewal said they were informed that the code entry system would be necessary for the renewal. Notification of the installation of this application was posted in late October with a choice to opt out of the system by renewing on a shorter term lease.

The state requires a 48 hour notice before any landlord or property owners can enter an apartment in a non-emergency setting.

Two tenants who filed complaints and say they chose to opt out by signing a shorter term lease, tell CHS they had an event of entry without the required notification.

According to these tenants, on November 4, the installation day, “the SmartRent installers knocked on our door, waited a few seconds, then unlocked it and tried to enter. Thankfully my roommate was home and kicked them out.“ One renter describes the events as “definitely an unlawful entry since we received no notice and didn’t consent.”

CHS is not identifying the renters out of concerns over possible retaliation.

In September, The Stranger reported on the growth of the SmartRent industry in Seattle which can include smart locks, water sensors, touchscreen thermostats, smart plugs, and a wireless hubs. In addition to individual privacy and security concerns, the trend represents another challenge and expense for area tenants already dealing with high rents and limited housing choices.

One tenant CHS heard from said they are a security consultant and are frustrated with the process after not receiving a  response from management about their concerns, which lie mostly in the security of the building.

According to the tenants, they spoke with SmartRent to express that “no matter how good their product might be, we didn’t ask for it and it adds unnecessary complexity that puts our security and privacy at risk.”

Several complaints have been filed regarding this change, and according to a city representative, the complaints “haven’t been assigned or investigated yet.”

The official added that the “Prohibited Acts Ordinance echoes state law by requiring landlords to provide two days of notice before entering units to do necessary if agreed repairs. If they fail to do so, City of Seattle will start by educating the owners on the requirements and warning them. If violations persist, we could issue a Notice of Violation.” Since talking to the official, two of the statuses on the complaint page have been updated to “Under Investigation.”

Both Essex Property Trust and SmartRent declined to comment when asked about the issues.

SUBSCRIBE TO CHS:  Support local journalism dedicated to your neighborhood. SUBSCRIBE HERE TODAY. Join NOW to become a subscriber at $1/$5/$10 a month to help CHS provide community news with NO PAYWALL. You can also sign up for a one-time annual payment. Why support CHS? More here. Pete Buttigieg has campaigned on a pledge to build unity. That’s just a pledge to do nothing.

Watch Lana Del Rey Cover “I Will Follow You Into The Dark” With Ben Gibbard by Stereogum
Tuesday November 5th, 2019 at 2:50 PM 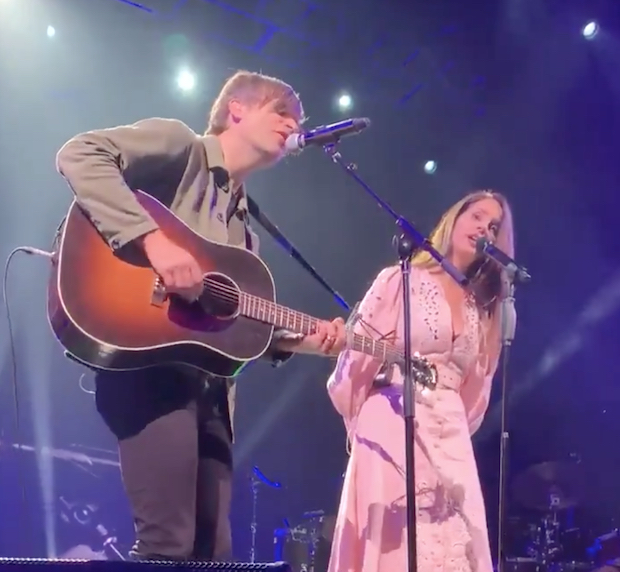 Lana Del Rey's Norman Fucking Rockwell! tour rolled through Denver, CO last night at the Bellco Theatre and Del Rey had a couple special guests on-hand. Death Cab For Cutie's Ben Gibbard played a solo set before Del Rey's show, and then she brought him out during her set so that they could … More » 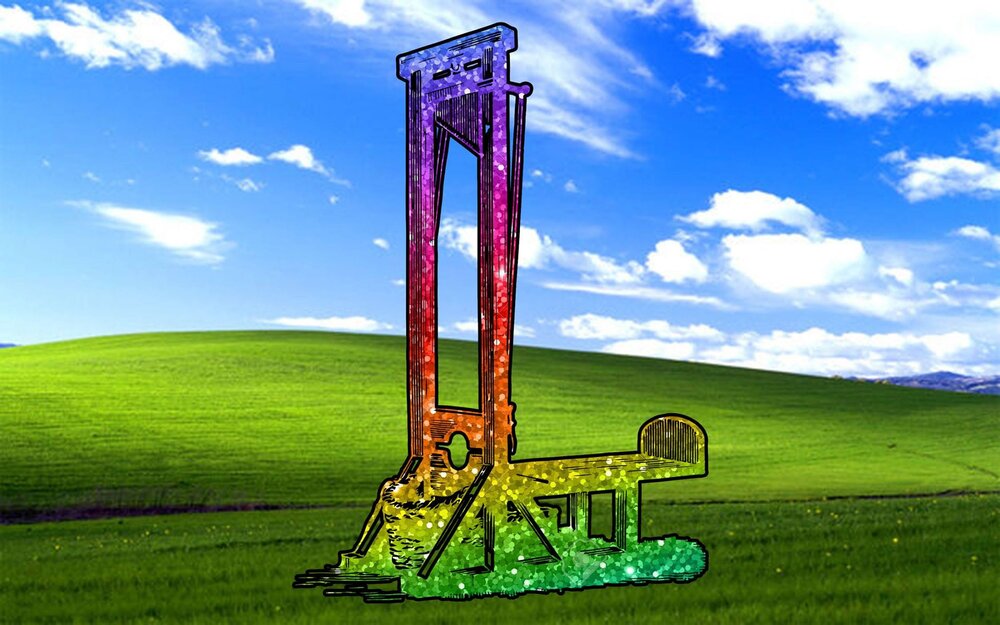 Good news, WUSSY readers! After years of publishing cultural critiques, putting out print magazines, and throwing the best damn parties this side of the Mason-Dixon line, we’ve finally earned enough money to move on to phase two of the Wussy plan! That’s right: we’ve completed the guillotine we’re going to use to execute our comments section!

It seems like just yesterday that we decided to start a fake publishing entity just so we could create a database of people who disagreed with us politically on Facebook but here we are! It’s such a relief to know that all these years of hard work are finally paying off.

Every drag brunch you’ve ever attended! Every piece of merch you’ve ever bought! All of that cash went straight into the guillotine fund. That’s right! Every dime you’ve ever given to WUSSY has been leading up to this moment: our full ascension to an authoritarian queer regime that silences our critics in an orgiastic cataclysm of cultural Marxism!

And we have no one to thank but you!

That’s right! We’re going full judge, jury, and sexecutioner… but also just regular executioner! Cancelled! Cancelled! You’re all cancelled... to death. The crime? Being too problematic to agree with our groupthink, you capitalist/pig/capitalist pig!

I know what you’re thinking: “I’m just an upper middle-class white realtor who thinks cops are good and gentrification is also good and gay marriage and rainbow crosswalks mean there’s no more discrimination and also trans people need to wait their turn for rights. What have I ever done wrong!?” Well, if reading five years of our poorly-informed Bolshevik critiques of literally everything you’ve ever enjoyed in your brief, shallow life hasn’t clued you in yet, it’s not worth trying to convince you now! We’re not interested in discourse. We’re interested in disgorg...ing the vital fluids from your body when we slice off your heads!

The guillotine is thirsty!

Aw, I’m sorry, did you think that just because we threw fun parties with famous drag queens that we were just your standard neoliberal gay website? Surely you must, since you’ve been getting your Andrew Christians in a bunch over every single critical thing we post! Newsflash: we’re communists! The scary kind! Boo! Perhaps we should put on our little Rachel Maddow glasses and cry on TV while reporting the news? Maybe then you would take us seriously.

“We shouldn’t even be concerned about this when there are real crimes going on in Uganda!” you protest as you are dragged out to the public square while the crowd pelts you with empty poppers bottles. Not a strong argument to make, considering you’ve never done anything to help a person in Uganda and you only bring it up when you read something you don’t like online. Besides, once you’ve felt the guillotine’s icy sting, you won’t be concerned about Uganda or any of the other countries in Africa you can name, which is probably none of them!

Now, now. There’s no reason to get mad at us for this. After all, if Ellen can make time in her busy schedule of being a piece of shit to every production assistant she’s ever had to make friends with cuddly war criminal George W. Bush, maybe you can try to see eye-to-eye with us… before your head tumbles into the guillotine basket that is. Heck, even if we only executed 5 dissidents a day for the next 100 years, we still wouldn’t be responsible for as many deaths as George W. Bush… and that’s just counting innocent civilians! So maybe take a page from Ellen’s playbook and try to be a little more open minded! It’s important to be friends with people you don’t agree with!

And in case you’re worried, we’re going to slap a coat of rainbow paint on the guillotine. Heck, we’ll even call it a gay-otine! That should be the base level of pandering you need to be okay with something! If you’re going to go out, go out with pride!

So the next time you get pissy at something online, just remember: that organization is probably run by a shadow coalition of maniacs whose thirst for social justice can only be quenched by your fascist blood! Alright readers, we have a lot of work to do going through every comment ever posted on one of our articles and deciding which list you get put on. But be sure to buy tickets to our Shalloween party... or else! We look forward to reading your well-reasoned comments on Facebook!

Julian Modugno is a writer and humorist based out of Chicago, IL. He hates everything you love and won't be happy until it's destroyed and you're left with nothing. You can follow him on instagram @historysgreatestmonster and on Twitter at @juliocentric